16 suspected cultists said to be members of Aiye Confraternity who converged on Oko in Orumba North Local Government Area of Anambra State from all states of the South East for initiation ceremony were among 85 others recently arrested by men of the State Police Command, the police commissioner, CP John Abang said.

Abang said the entire 85 suspects were arrested within a week’s raid in various locations in the state, while several exhibits including dangerous weapons, their groups insignia and weeds suspected to be hard drug were found on them.

The police commissioner added that of the 85 suspects, 10 were underage cultists, and have been placed under police supervision, while 10 have been charged to court and others undergoing investigation.

Abang said, “Between 10/08/2019 and today (Monday), the Command has arrested 85 suspected cultists at various locations within the State. 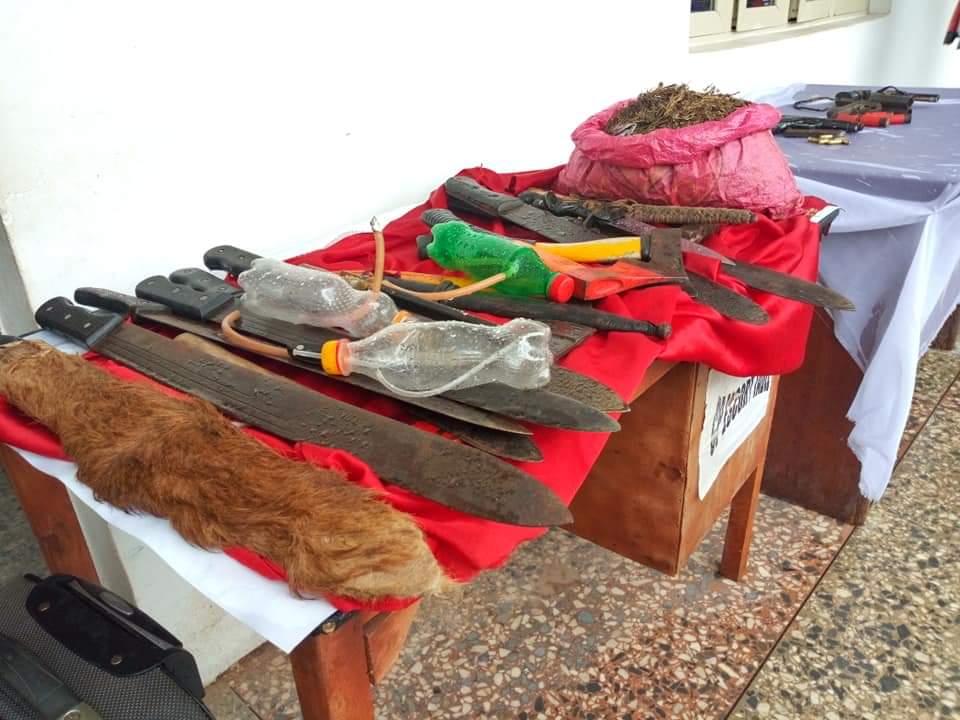 “From all the raids carried out so far, a total number of 85 suspects have been arrested out of which 36 were screened out, 10 suspects were charged to court, another 10 were placed under Police supervision for being underage while 29 others are undergoing investigation.”

Abang added that, “Exhibits recovered in their possession include, six machetes, berets, three improvised bunkers for inhaling substances suspected to be cocaine, three axes, one dagger, one sword and some quantity of weeds suspected to be Cannabis Sativa.

Four prominent Awka politicians had last week been arrested for sponsorship of cult activities of the Black axe and Vikings confraternity in Awka area, and have also been released.

Abang speaking on the release of the politicians said the offences were bailable, while also denying that the suspects compromised the police as was rumoured. He said investigations were still on, and that the command would not fail to prosecute them if they are found guilty.

“The Command is investigating the allegations and will bring the perpetrators to justice when a prima facie case is established against them.”