One police officer dies, others injured in an accident in Akure (graphics images) 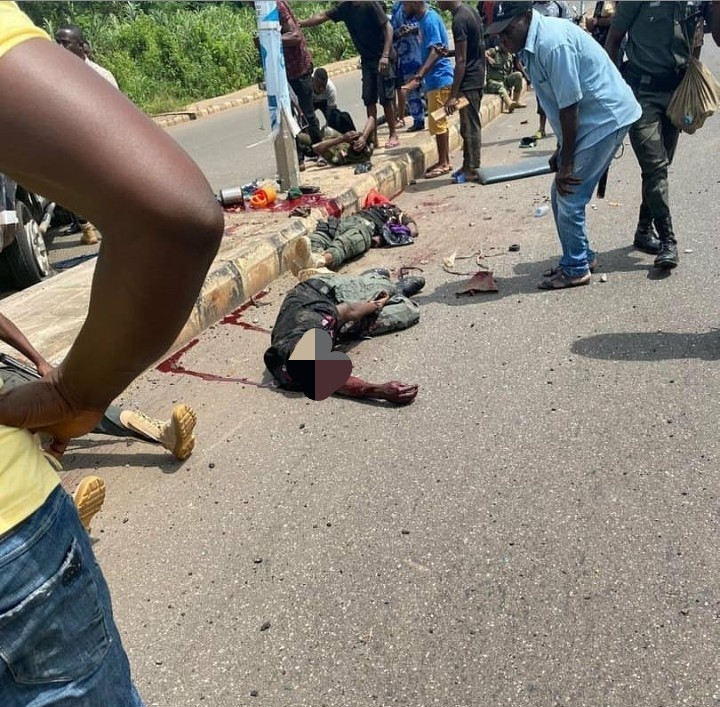 At least one police officer has died after a car conveying multiple officers was involved in an accident today in Akure, Ondo, state.

Photos and videos from the scene show wounded officers lying on the road as locals tried to offer what help they can. 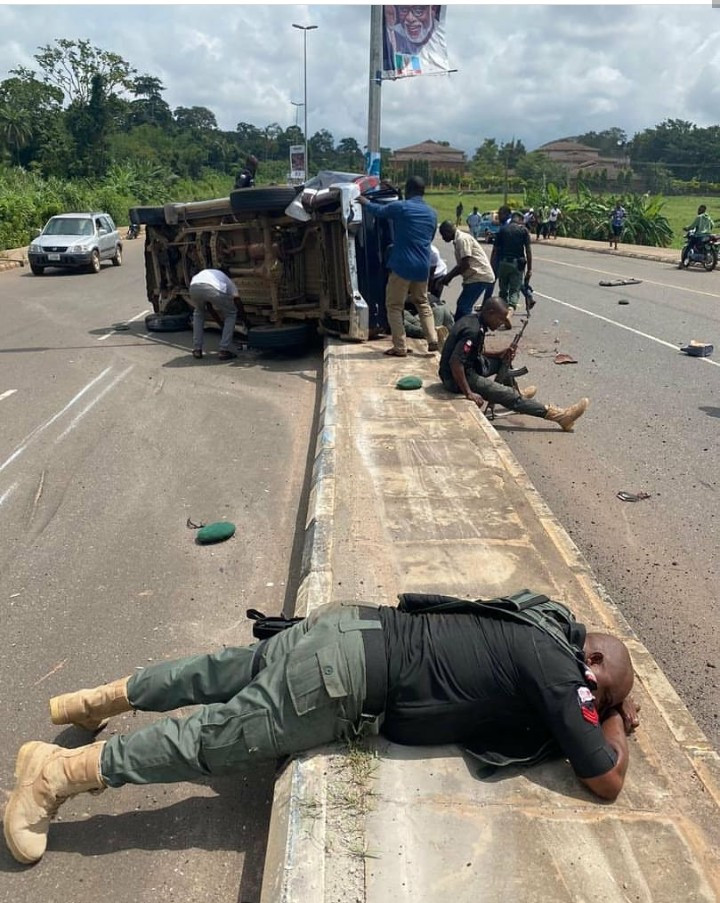 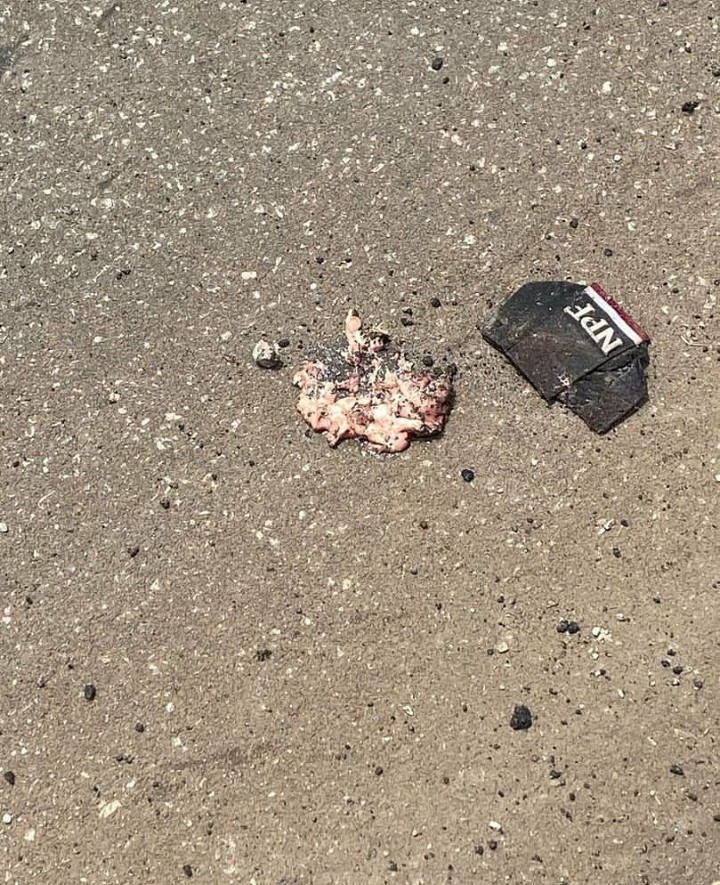 At least one officer was lifeless, blood gushing out of his head. 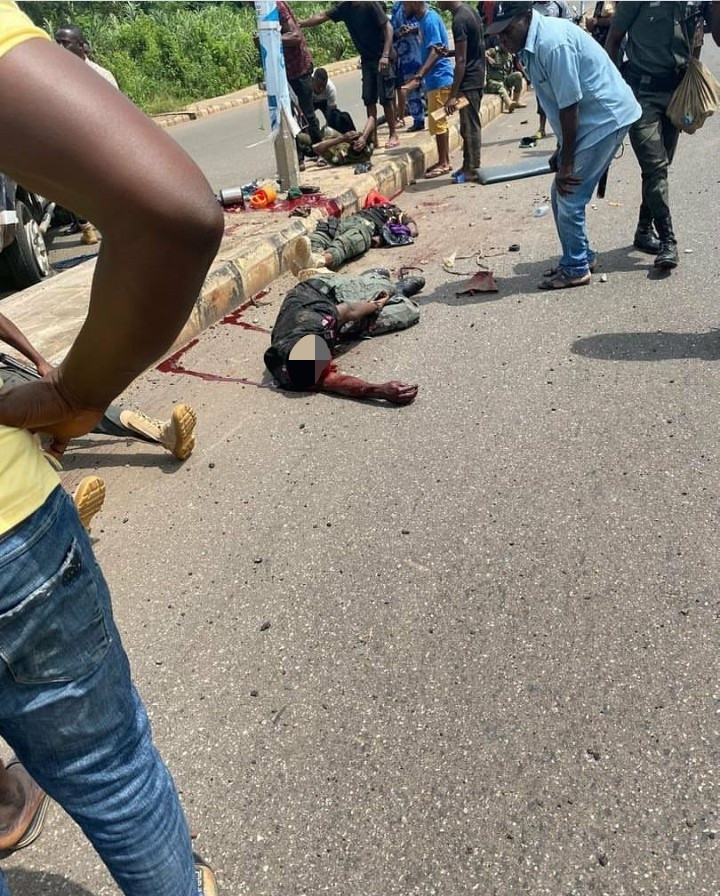 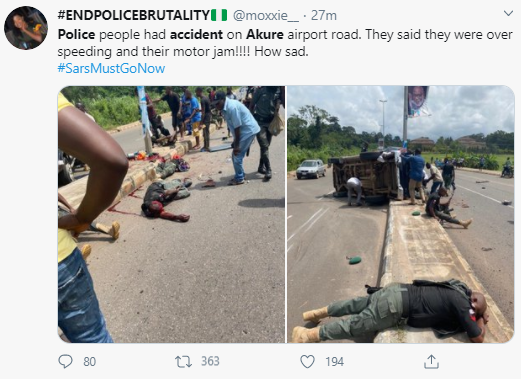 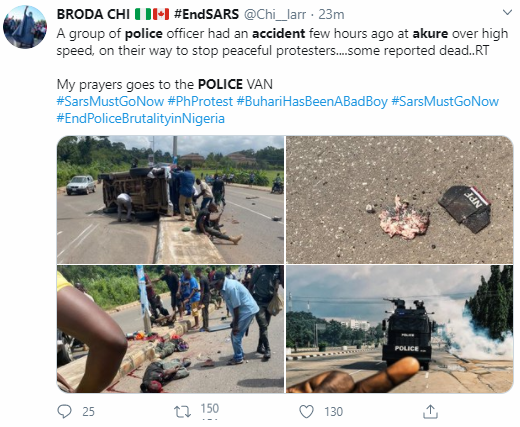 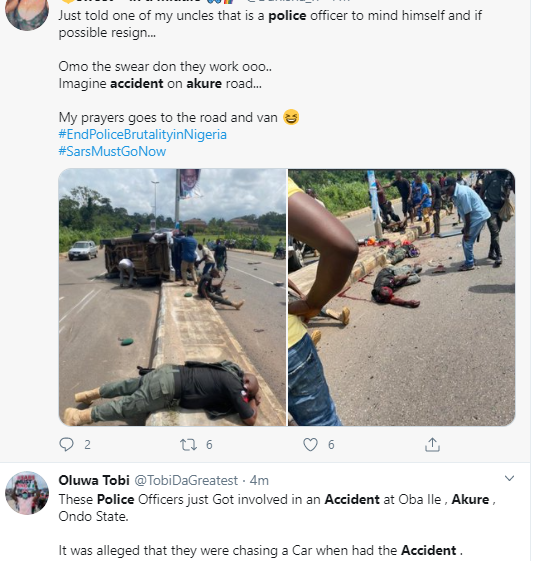