The body of the deceased was discovered in the examination hall of Victory International College Daudu in the early hours of Monday, by a group of women who went to fetch water around the premises.

His body has been deposited at Daudu Mortuary by men of the State Police Command. 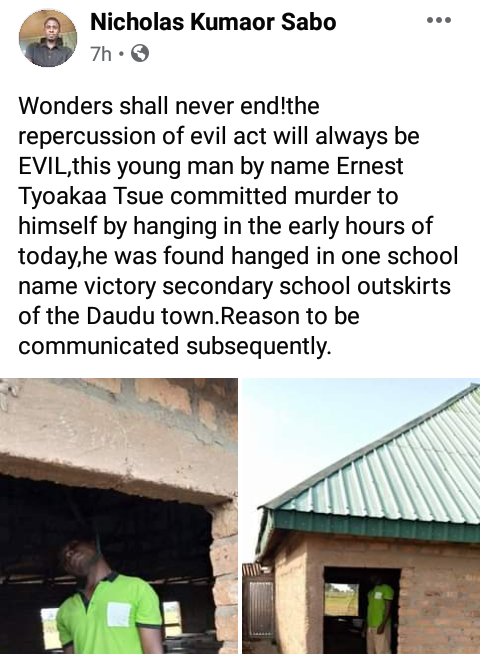 ASUU insist they are still on strike