Inspector General of Police, Adamu dissolves SARS Across the 36 States

The Inspector-General of Police, Mohammed Adamu, has announced the dissolution of the Federal Special Anti-Robbery Squad of the Nigeria Police Force across the 36 State Police Commands and the Federal Capital Territory (FCT) where they hitherto existed.

The announcement was made on Sunday October 11, it was confirmed the operatives will be redeployed to other police formations and commands.

It came after Nigerians have taken to the streets to protest #EndSARS, police brutality and the extra-judicial killings by SARS operatives which gained global attention.

In the finest spirit of democratic, citizen-centred and community policing, the Inspector-General of Police, IGP M.A Adamu, NPM, mni has today, 11th October, 2020, dissolved the Special Anti-Robbery Squad (SARS) across the 36 State Police Commands and the Federal Capital Territory (FCT) where they hitherto existed.

The IGP, while noting that the dissolution of SARS is in response to the yearnings of the Nigerian people, observes that by this dissolution, all officers and men of the now defunct Special Anti-robbery Squad are being redeployed with immediate effect.

The IGP notes that the Force is not oblivious of the ever present need to combat armed robbery, kidnapping and other violent crimes in the country which was before now the core mandate of the erstwhile Squad. He assures that a new policing arrangement to address anticipated policing gaps the dissolution of SARS would cause has been evolved and shall be announced in due course.

Meanwhile, as part of measures to prevent a re-occurrence of events that gave rise to the dissolution of SARS, a Citizens’ and Strategic Stakeholders’ Forum is being formed to regularly interface with Police leadership at all levels and advise on police activities as they affect the general public.

In addition, the Force is constituting an Investigation Team which shall include Civil Society Organizations and Human Rights Bodies to work with the Police in investigating alleged cases of human rights violations. The measure, the IGP believes, will enhance transparency and accountability in police services as well as providing a system of deterrence for erring police officers whose action clearly violates the rights of the citizenry.

The IGP appreciates and commends all citizens particularly those who genuinely express their concerns for a better policing orientation in an organized, patriotic and civil manner. He reaffirms the determination of the Force to bequeath to the country a Police Force and System that is professional in service delivery and most importantly, accountable to the people. 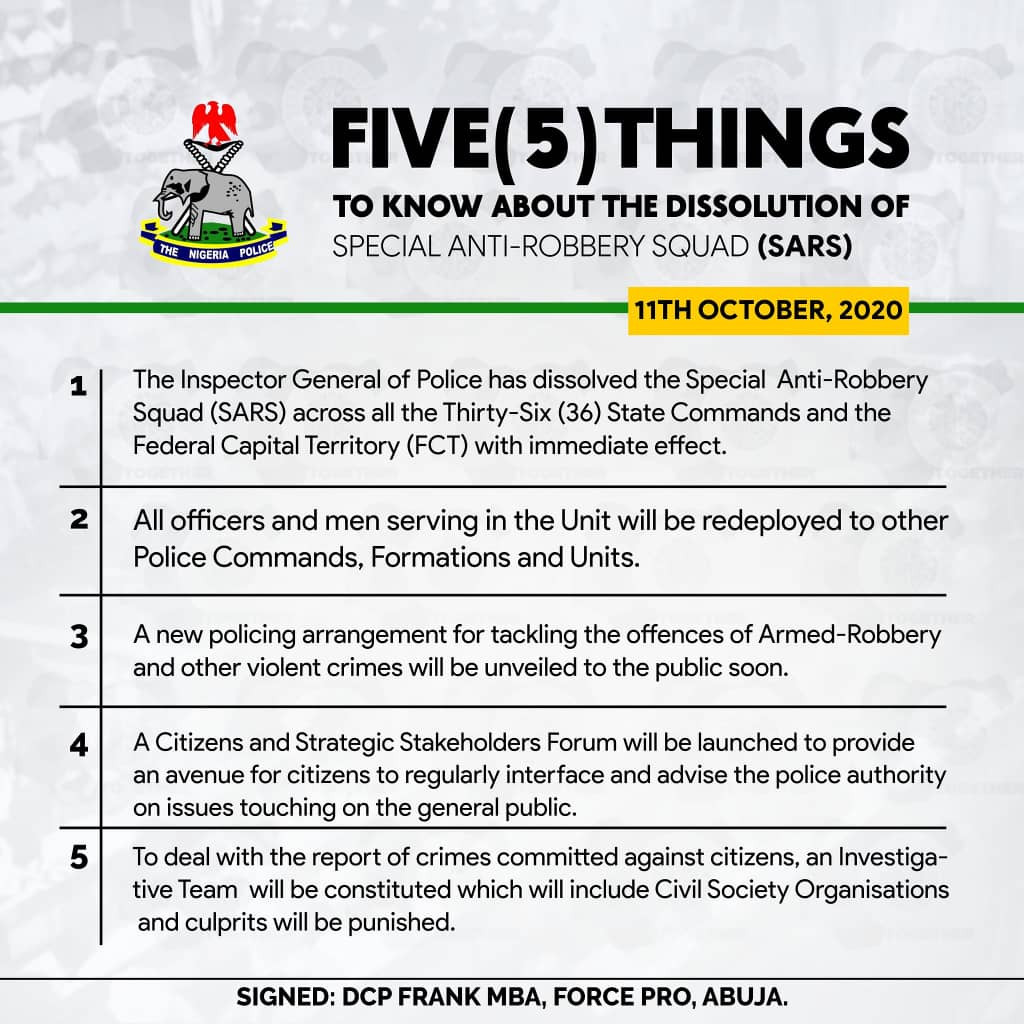