Nollywood actor and politician Yul Edochie has said that he “died” in 2019 after he was involved in an accident.

The actor stated that his whole life “flashed” before him and a voice told him “it’s over”. He said he blacked out after that.

He said God finally gave him a second chance and he has vowed to dedicate his second life to spreading the word of God. 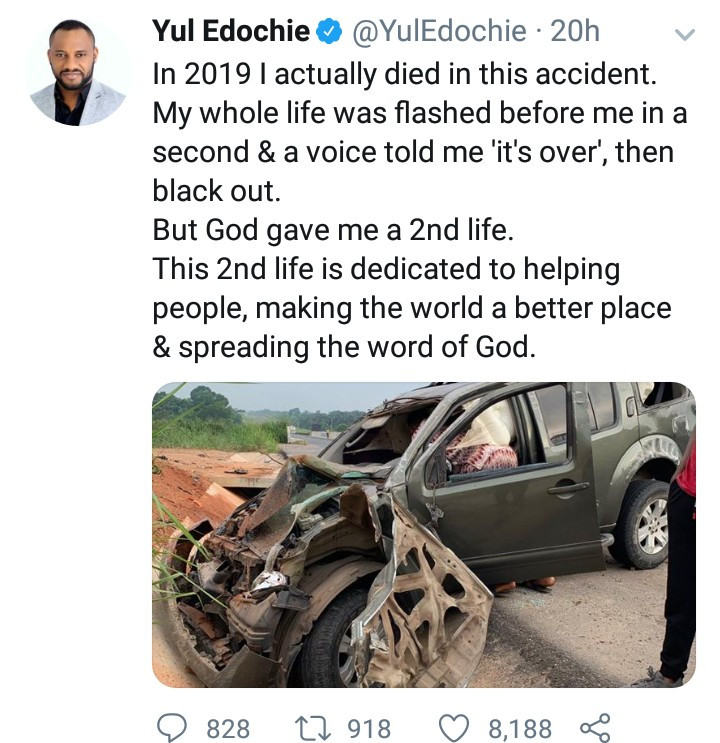 No one paid tithe, so I stole a car to pay my debt – Pastor