The Inspector General of Police, Adamu Mohammed, had announced yesterday, October 11, that SARS has been dissolved and its officers will be deployed to other factions of the police, Nigerians are not yet pleased and have continued the end SARS protests.

This morning, some protesters blocked the Lekki toll gate, demanding that the government ends SARS completely.

“End SARS now, not deployment,” the protesters chanted as they blocked the toll gate, preventing commuters from going through.

Nigerians on Twitter have stated that this isn’t the first time promise has been made to disband SARS, the only difference this time being the language used, yet nothing gets done. Some pointed out that having the same rogue officers deployed to other units in the force will mean that the assault on the youths will continue, albeit in a different form.

A form making the rounds asking Nigerians to tick their demands, has seen people simply asking the authorities to end SARS completely and not redeploy the officers. 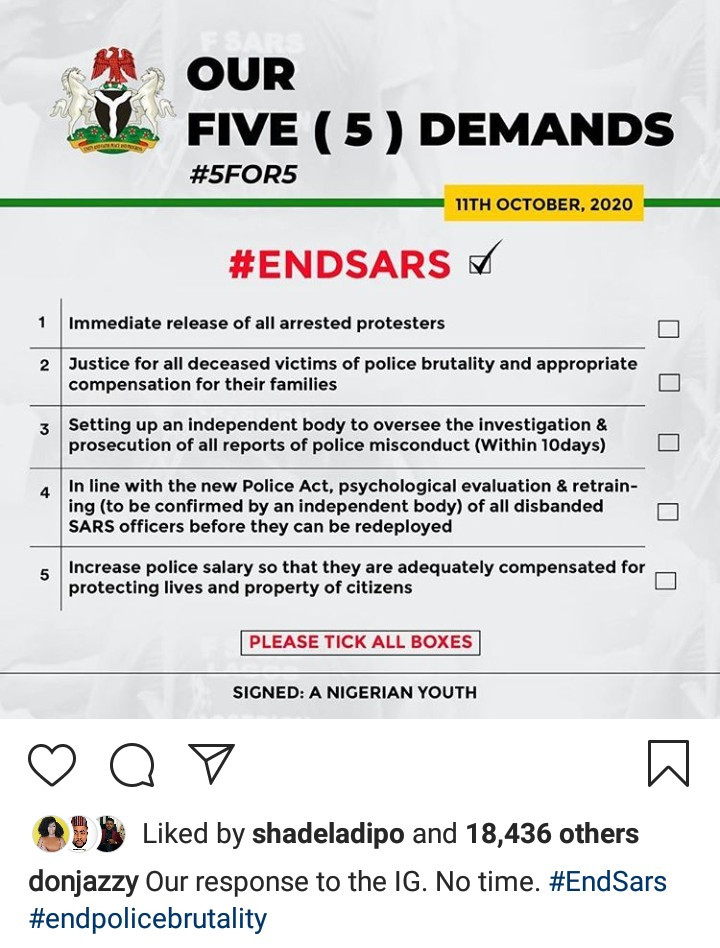