Comedian, Lasisi Elenu and actress Wofaifada, have complained that their cars side mirrors were stolen #EndSARS protest ground in Lagos state.

Lasisi narrated, he arrived the protest ground and parked his car somewhere and joined the protest. On his return, he found out his side mirrors had been stolen. He called on everyone who attends the protests to be watchful of their personal properties. 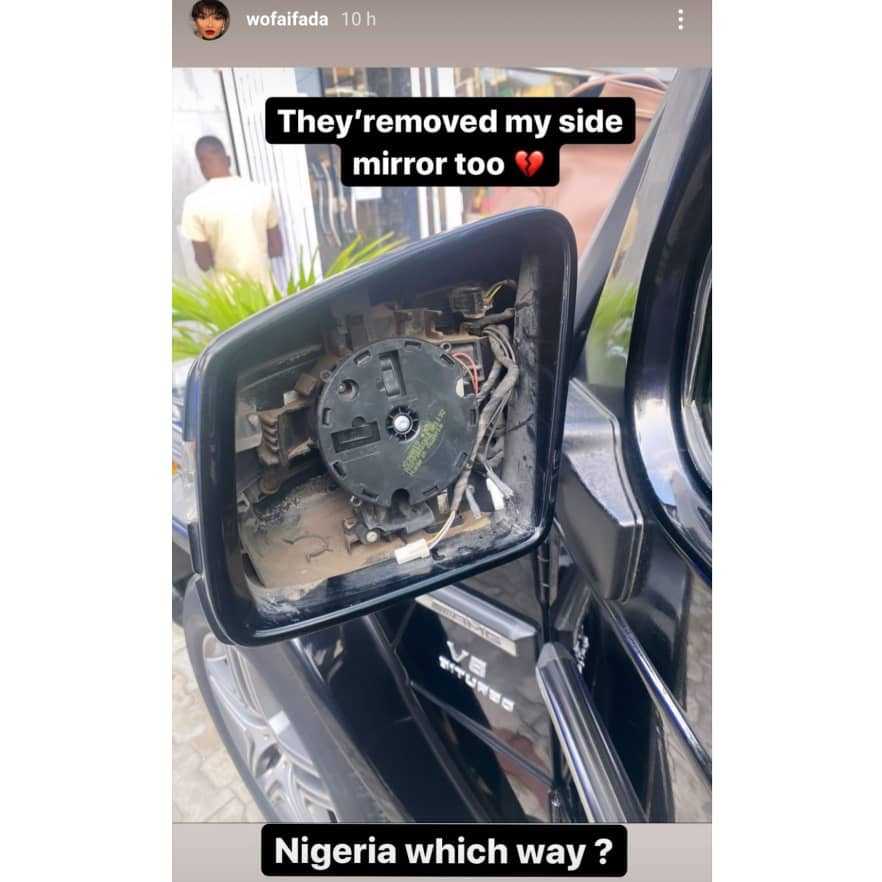 #EndSARS: It’s a protest, not a party -Falz pleads

Bbnaija star Erica reminds trolls, she isn’t weak because she choose to ignore