Mercy Eke who was an item with fellow ex Big Brother Naija housemate Ike Onyema, has confirmed that she is married shortly after sharing a post on snapchat in which she called herself “Mrs H”.

The big brother reality star who made this disclosure in a conversation with her followers on Instagram, she also revealed that her relationship with Ike Onyema ended months ago. This is coming after they took shots at each other yesterday November 2. 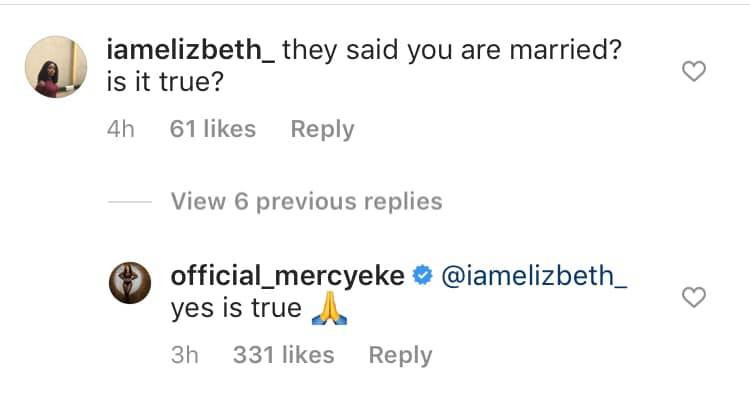 Linda Ikeji gift herself yet another massive gift, 2020 Range Rover Autobiography to mark her 40th birthday