Nollywood actress, Eve Esin and her fiance, Chijioke Nneji who is a movie producer, have reacted after being called out by Nneji’s ex-wife, Uche Ubanwa Loveth for allegedly destroying her home and seizing her kids.

This came after Chijioke was called out for allegedly calling his kids “bastards”. Reacting to this, he stated that their union has been over for many years ago and they have gone their seperate ways. He debunked claim of Eve Esin being his ex-wife’s friend and also shared screenshots of messages he got from his ex-wife.

Attn: Let it be known that I will NEVER call my kids bastards and this is the last time I will come out to discuss my personal/family issues on social media. 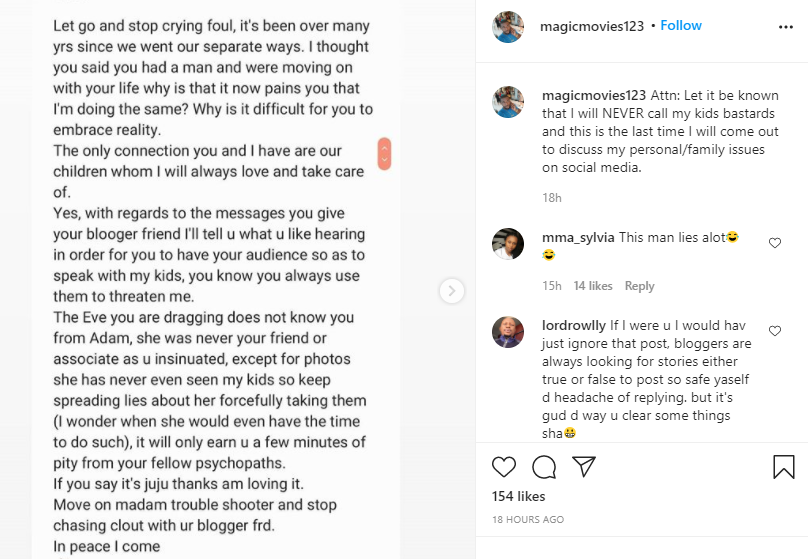 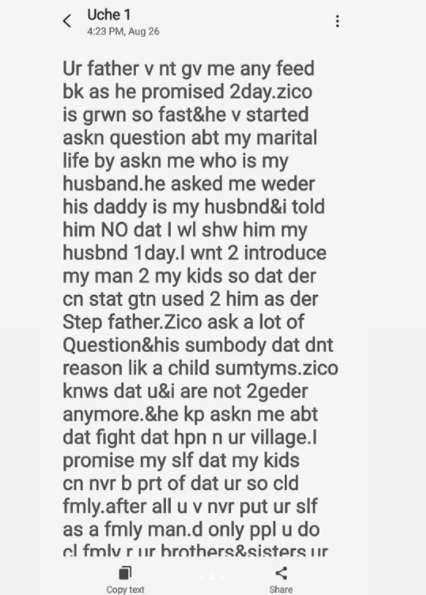 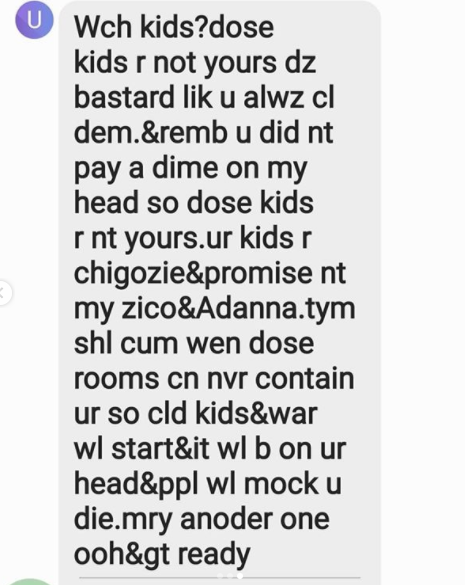 Firing back at him, Uche Ubanwa Loveth took to Instagram to call out her ex-husband and Eve Esin who she described as a “snake”. She alleged that everyone knew he was dating the actress while they were still together, and after she confronted Eve about their romance she “bodly and confidently” confirmed it and also told her that he never loved her before ending the call and blocking her.

Uche also shared screenshots of a recent chat with her ex-husband as she called him out. She wrote;

“Because of your kids?Kids you didn’t ask of for many years.I decided to do this here cos you have deceived me enough,starting from when you lied and deceived me that you were never married,that the lady just had a child for you.I later found out that not only does she have a child, she has 2 kids for you! You came up with another lie that she is related to you and the reason you had a special care child and it affected your life and biz.Yes, I said you paid nothing cos you had nothing then,You were supposed to have moved on long ago but you kept calling.

“I warned you to stop disturbing me and call your kids line cos you have their number.Remember I told you I was gonna do this if you disturb me again,here is it.Talking about She being my friend,how can a snake be my friend? I could have known better when we were lodged in the same room during the shoot for ‘Dust and Ashes’ in 2009 or when she was giving me money when you abandoned the kids and I in Onitsha,Will I talk of when she gave me 10k in the presence of Chioma Ilukwe and yourself at Royal Palace, Enugu,the many times she held you from beating me in La_nic suite not knowing she was behind it all.What are we even taking about,everyone knows you were dating her when we were still together except me and when I found out and called her,she boldly and confidently told me yes and that you never loved me,she cut the line and blocked me!How can I ever think of coming back to you when I lived in misery and poverty.

“I fought with my family and friends cos of you! You came back with your deceit again when you found out I had moved on with my life.I wonder what your intentions were, for me to die? All the beating and the time you tore my clothes and left me naked at Achara Layout,Enugu just cos I came for my kids you seized.Was it when you sent cultists to threaten my family?I still have the police report.Talking about the kids,Adanna was sick and dying in the hospital bk then and you refused to give us a kobo& said I must go to your village and beg your family before you can care for your own daughter.Oga, no sane woman will leave you and wt 2 come bk.I knw my worth &thank God i still hv my whole being intact.” 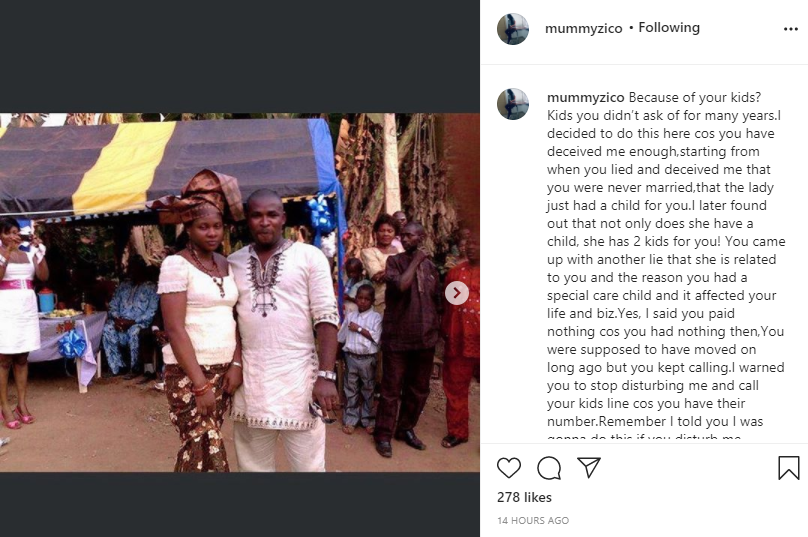 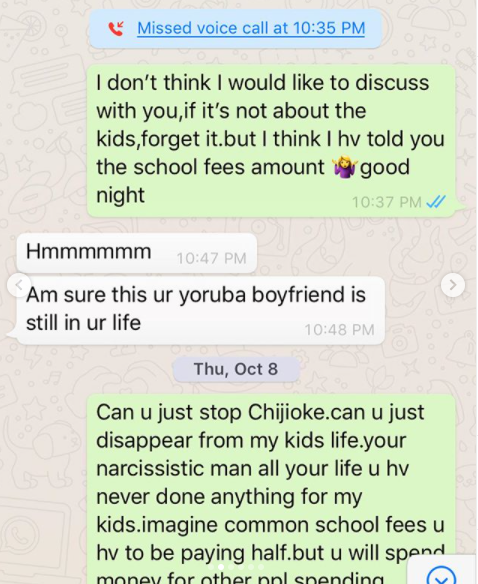 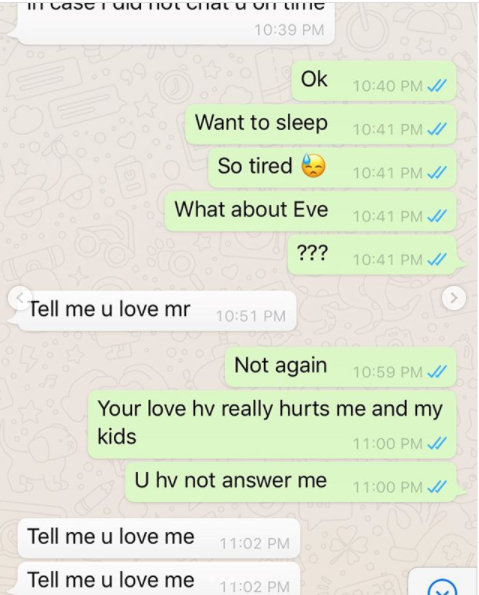 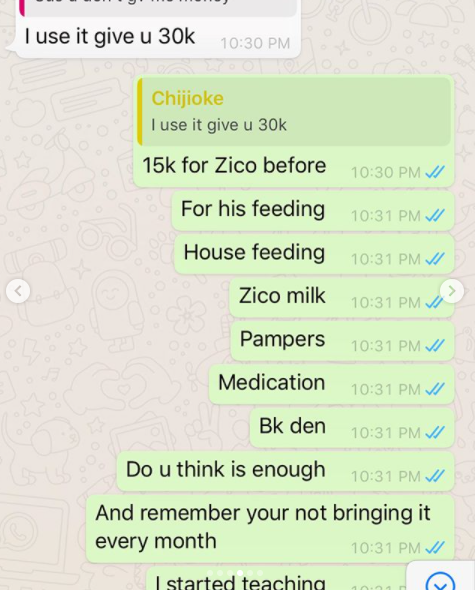 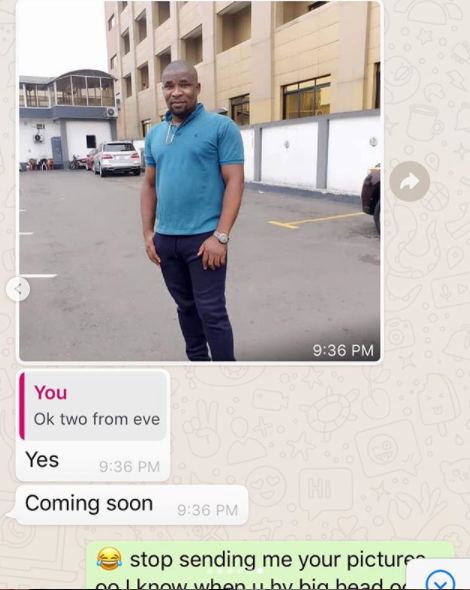 Eve Esin who reacted to the disclosure and call-out posts in an Instagram exchange with her followers, averred that the truth will soon be out.

See the exchange below; 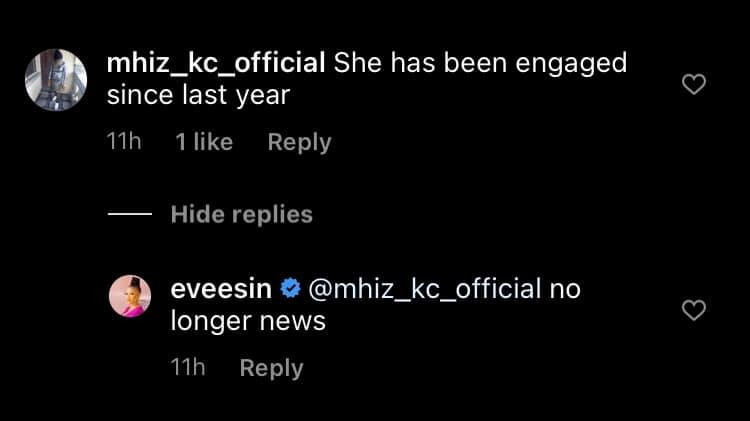 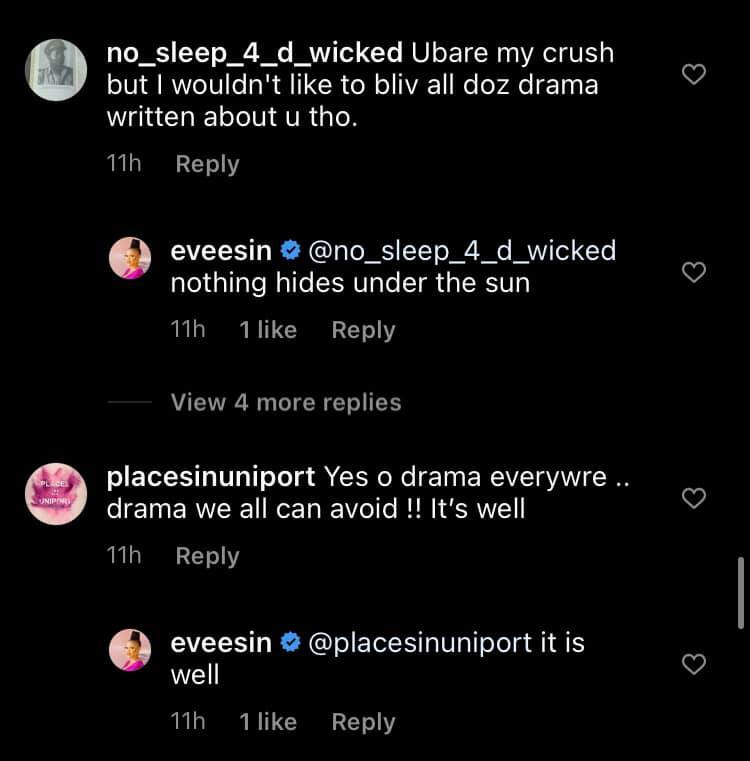 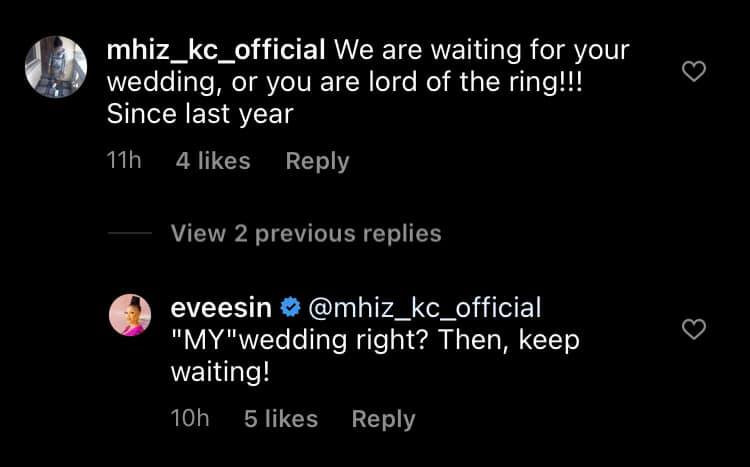 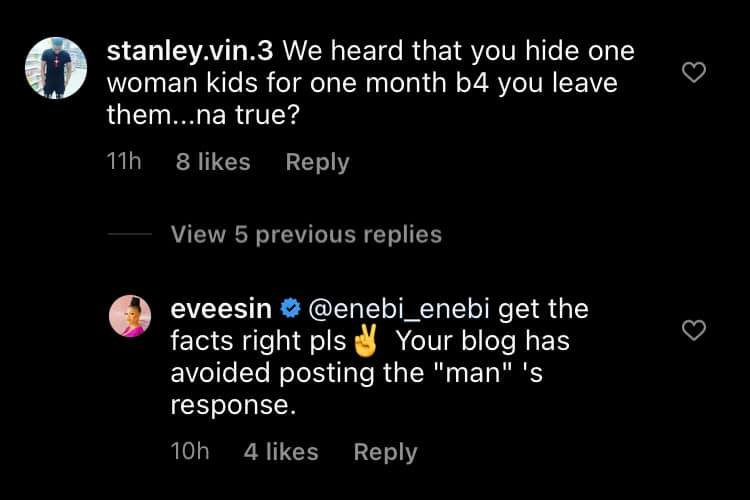 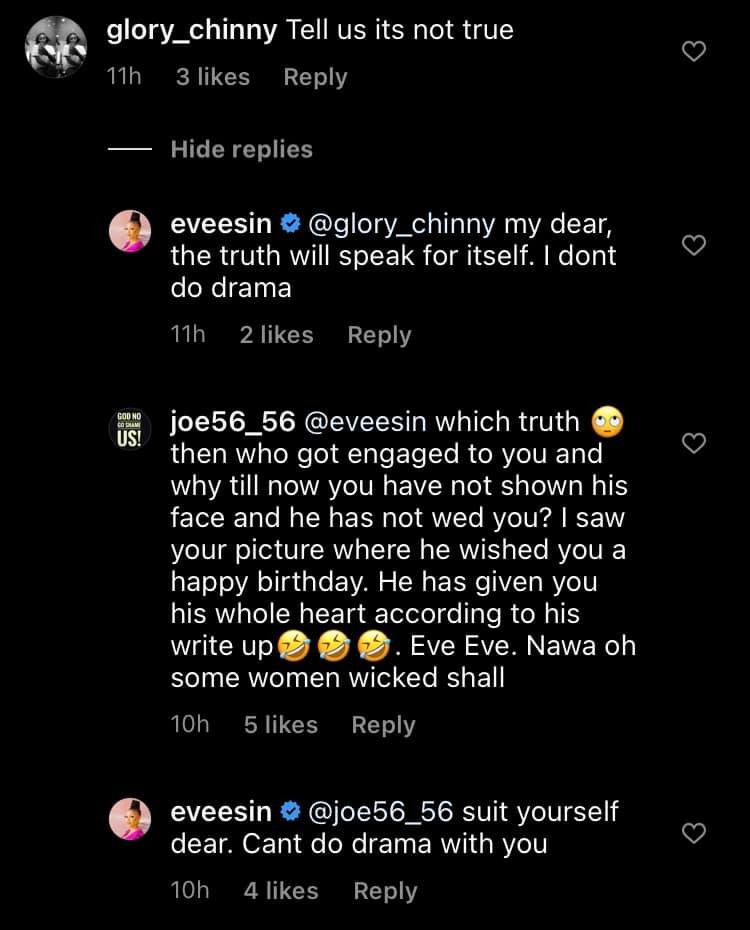 Nigeria at 60: No nation is perfect, I’m proud to be a citizen -Bbnaija star Ceecee

BBnaija: Erica has been disqualified from the lockdown show