Actress Adesua Etomi-Wellington has replied a Twitter user who attacked her for not joining people on the streets protesting and calling for the end of the Special Anti-Robbery Squad SARS.

Adesua had taken to her Twitter handle to join the online protest, #EndSARS.  She tweeted:

”Today is a good day to #EndSARS”

A twitter user rudely replied to her tweet, asking her if the protest was to be held in her house or on the streets. See tweet:

”In your house or on the streets?” 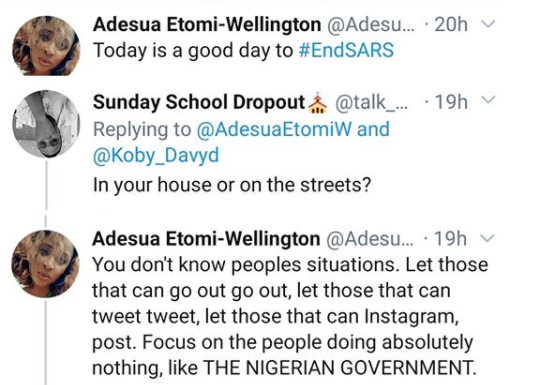