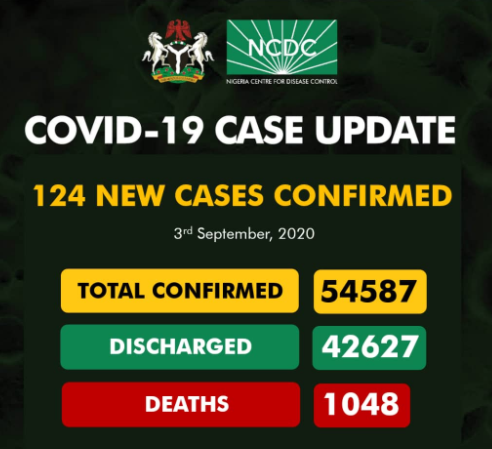 On Thursday, September 3 124 new cases of COVID-19 was recorded in Nigeria

NCDC said that the number of deaths from the virus increased by 21, raising the figure to 1,048.

The NCDC disclosed that the new infections were recorded in 12 states and the FCT, with Lagos State having the highest number of infections with 42 cases, followed by FCT with 25 cases.

The News Agency of Nigeria (NAN) reports that in Africa, over one million persons have recovered from the disease out of the 1,260,400 infected, according to the Africa Centre for Disease Control (Africa CDC).